4 Essential Shoe Styles Every Man Should Own 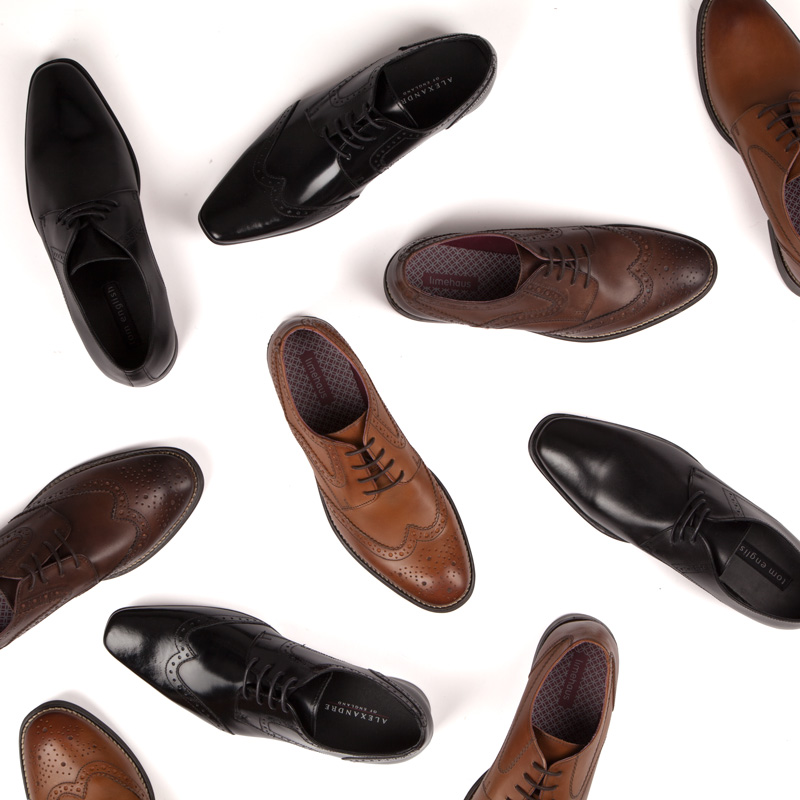 Every man should pay close attention to the footwear he wears, no matter what the occasion. There’s little worse than seeing a new suit worn with a scruffy pair of shoes.

Whether you’re going for a job interview, a wedding or even on a date, it’s important to ensure you’re wearing a pair of stylish footwear. To give you a helping hand we’ve selected a range of men's smart shoes every man should own.

The brogue can trace its routes back to Ireland and were traditionally worn as outdoor or country footwear. The easiest way to tell apart a brogue from other types of shoe is the ornamentation that decorates it. If there is some form of perforations and pinking (zig zag or saw toothed details on the edge) then it’s certainly a brogue!

Today, brogues are an essential item of a gentlemen’s wardrobe and are available in a wide range of colours to wear with almost any formal outfit. Wear with turn up jeans and a blazer for a smart casual look or with an on trend blue suit if you’re attending a special event.

The defining characteristic of the Derby is the open lacing system made up of two quarters on the front of the shoe. They are one of the most common types of shoe worn today and are available in our Shoe Department in black, brown and tan to match your look.

They can be worn for a varitety of situations or occasions, we would recommend wearing these in the office with a less formal dress code. Team with a plain button down shirt and chinos for a smart casual look that’s sure to impress.

Unsurprisingly Monk Strap Shoes were originally worn by monks in Europe dating back centuries. They are characterised by the lack of laces and a buckle (or two!) that sits across the front of the shoe.

If you work in a formal environment with room to experiment a little then Monk Strap Shoes are a great way to freshen up your look. Just remember to co-ordinate your shoes with the suit you’re wearing, brown suit shoes with a blue suit and black shoes with a black or grey suit for instance.

The history of the loafer has two origin stories, one of these is that a Norwegian man combined American and traditional Norwegian footwear. Alternatively, the shoe was designed especially for an English Royal. Whichever tale you believe no one can doubt the timeless sophistication of the loafer.

It is defined by its lack of laces and the ability to slip on and off with ease. Generally, they can be worn for both formal and casual occasions and are available in a variety of colours and styles. When it comes to the formal loafer however, we would recommend wearing these exclusively with a suit.

Our 4 essentials cover the basics but there are many more options to choose from such as the Oxford, which is far more formal shoe and features a closed lacing system. Remember, your footwear is just as important as your clothes so it’s important to find a pair of shoes that complements your outfit.

Shop our extensive collection of footwear in our dedicated Shoe Department.